Without a doubt, one of the best things about traveling is the people you meet along the way. Last March when I was in Tucson I had the enormous good fortune of running into Chris Andrews. Chris is an extraordinary artist who moved to the Southwest soon after he finished art school in Michigan in 1974. My first impact with one of his works was a mural he'd painted of a lush tropical landscape in Son's Bakery Café. Son, the owner of the café, is from Vietnam and Chris wanted to do something that reminded him of home. 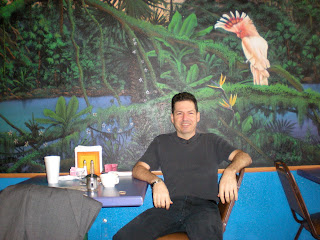 And this is where I sat, right below the Cockadoo and the deep green of his Asian forest.
But in my opinion the best of his work is seen in his depictions of desert landscape and native American spirituality. One of the more striking works is "The Last Laugh". I love the color of the flowers, the mountain range and the sunset that frame the death of this Indian chief. 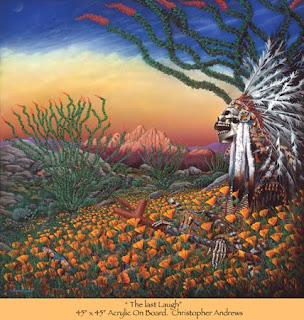 Another amazing work is his "Raven Wants The Moon". I've looked at it so many times that now whenever I see a Raven here in Montreal I can't help but think of the desert and Tucson and the significance of this singular painting. 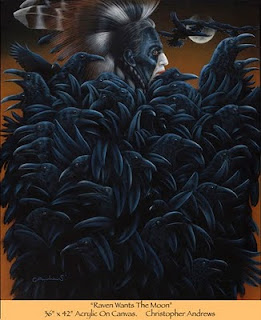 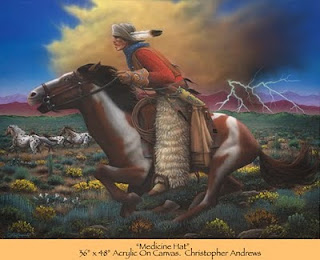 But, of course, there are many places where you can admire Chris' work out in the open in Tucson. To the right of this cathedral, for example, there is a band stand decorated with thousands of flowers. Chris did the flowers. 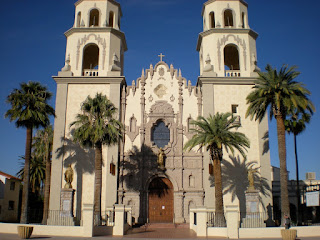 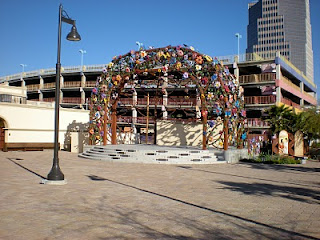 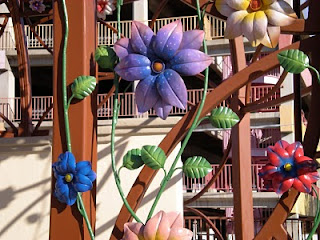 A
A close-up of the flowers

I think that anyone in Tucson or anyone planning on going there in the near future should check out Chris' work. You won't be disappointed.

Chris can be reached at: chrisandrews2@cox.net
Posted by John Hemingway at 2:28 PM 3 comments: